Drug testing utilizing the method of drawing blood while not common, is still used by many governmental agencies and the court systems. Blood drug testing measures whether a person has an illegal drug metabolite in their system at the time the blood is drawn. Drug testing using blood as a specimen is not common as part of a drug free workplace program due to the fact that blood drug tests require specialized equipment and medically trained personal. It is common for blood to be drawn in vehicle accidents to determine if the drivers where under the influence of an illegal substance or impaired due to alcohol. Typically law enforcement requires a blood drug test and alcohol test when a fatality occurs or serious bodily injury occurs. 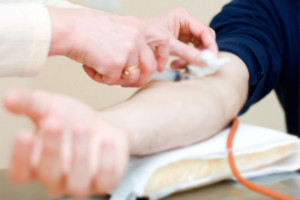 Drugs in the blood are typically detectable within minutes to hours depending on the type of drug and the amount used and blood drug testing analysis has a brief detection window.

Blood drug tests are commonly used in conjunction with physicals, physicians requiring lab work on a patient and to determine cholesterol levels, HIV, Hepatitis and other medical scenarios relating to a person’s health.

False positive blood drug tests are extremely rare, however any drug test including a blood drug test will have confirmation test performed, if the initial test is positive. Drugs in a person’s blood usually are expunged within a week and the detection window for a blood drug test is generally 1-3 days. One exception is the frequent use of marijuana which can stay in the blood system up to 7days.