Adult Smoking Rate Dropping in US 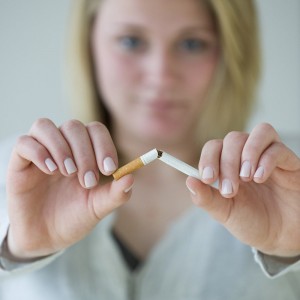 According to a recent government report, adults in the US are kicking the smoking habit faster than ever before. The smoking rate among adults fell to 15 percent last year, in the biggest decline in more than 20 years.

The rate fell 2 percentage points from 2014, when about 17 percent of adults in a large national survey said they had recently smoked. The smoking rate has been falling for decades, but it usually drops only 1 point or less in a year. The last time there was a drop nearly as big was from 1992 to 1993, when the smoking rate fell 1.5 percentage points, according to Brian King of the Centers for Disease Control and Prevention.

Roughly 42 percent of American adults smoked about 50 years ago. Yet, the smoking rate has gradually declined over time due to increased public understanding that smoking causes cancer, heart disease and other lethal health problems. Experts attribute recent declines decline to the mounting impact of anti-smoking advertising campaigns, cigarette taxes and smoking bans.

The increased marketing of electronic cigarettes and their growing popularity has also likely played a role. But it is not yet clear whether this will help further propel the decline in smoking, or contribute to an increase in smoking in years to come.

Some CDC surveys have shown a boom in e-cigarette use among teenagers, and health officials fear many of those kids will get hooked on nicotine and later become smokers. Earlier this month, the Food and Drug Administration announced sweeping new rules that will for the first time apply long-standing rules covering traditional cigarettes to e-cigarettes, hookah tobacco, pipe tobacco and nicotine gels. Minors would be banned from buying the products.